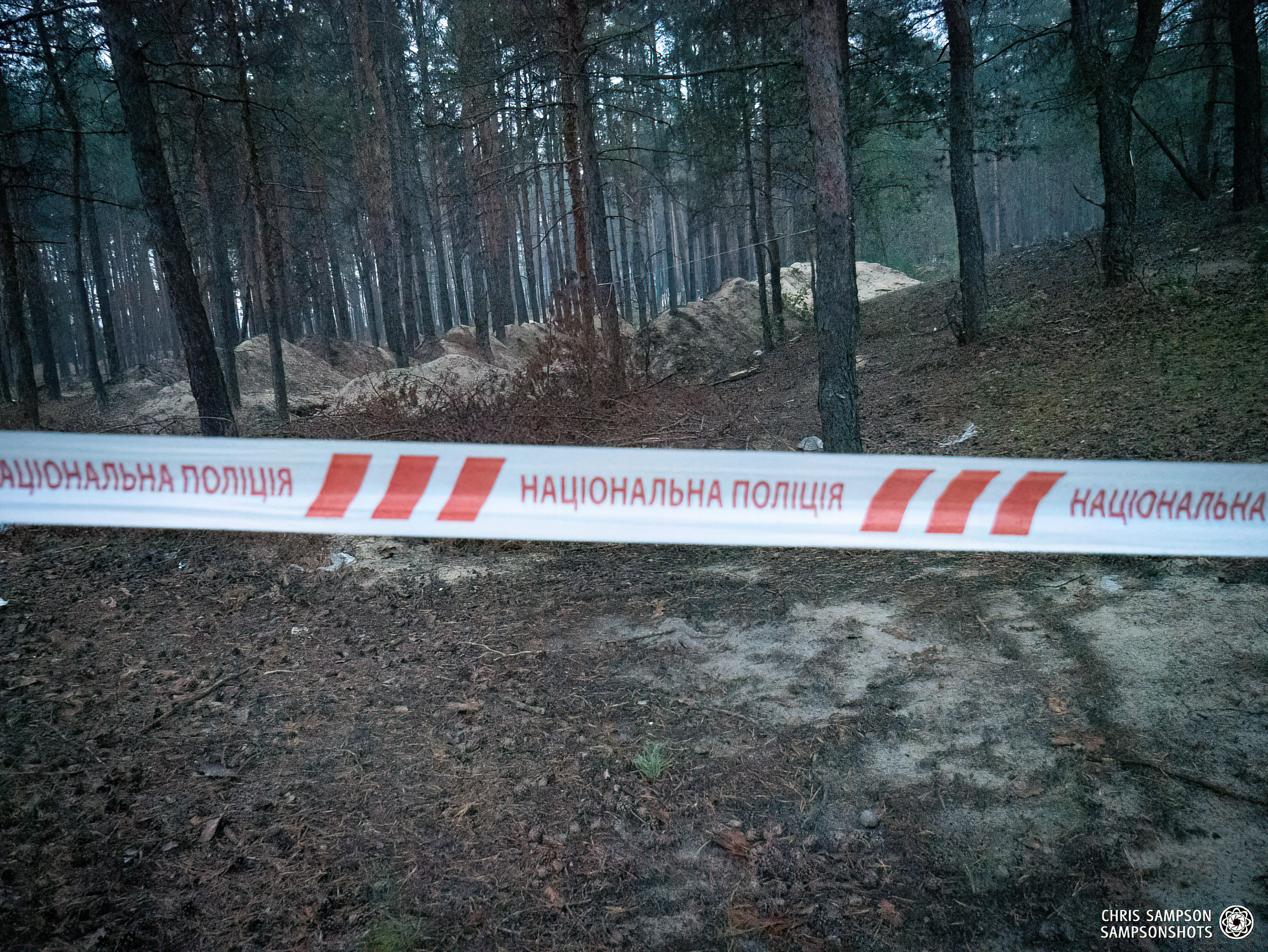 As the war against Ukraine hit the capitol of Kyiv in February 2022, iron barricades were placed all over the city to impede the invasion. By August 2022, the barricades were still there but in a sign of Ukrainian resilience, one artist decided to express the national identity in a way that is purely Ukrainian. […]

It didn’t take long after arriving in Ukraine to see how intrinsic the spirit of music was to the people of Ukraine. I was out for a walk with my friend when I passed under the main thoroughfare in Maidan area of Kyiv and saw a singing duo with a bandura, the national instrument of […]

I didn’t come to Ukraine to photograph destruction but I knew it was a possibility. Traveling back into Kyiv after the opening weeks of the war, we saw destruction everywhere. A hotel on the highway was destroyed, cars were shot to shreds, and destroyed tanks and APCs were all around. This was a preview of […]

In February 2022, I spent the month traveling around Ukraine. Time in Kyiv, Lviv, Uzhharod, and other fascinating towns showed me deep roots and sense of identity. The people were super friendly, very accommodating and worth every moment spent. Unfortunately, looming over us was the threat of war and war arrived the day I left. […]

There’s nothing like a pandemic shutdown to help you appreciate outdoor activities. In 2020, the inability to go out in public settings changed how we used to do things. In 2019, I went out for two days and took over a thousand photos of these great flying machines and burned my legs on the sandy […]

There are few establishments in the country that will ever see the longevity of Fort Lauderdale’s Franco & Vinnys Pizza Shack. Established in 1971 by Francesco “Franco” Esposito and Vincenco “Vinny” Esposito, the Italian restaurant was just over a block from the paradise of Fort Lauderdale beach. When you entered, the walls on the entry […]

I’ve attended many protests in my life but only a few have turned to chaos. In Fort Lauderdale, a protest was held in Bubier Park at the corner of Andrews and Las Olas, a very prominent street in Fort Lauderdale’s downtown area with high end shops and at the base of a new high rise […]

I’ve been very interested in architecture shots for a while as it reinforces my interest in design. When we had a chance to visit Eastern State Penitentiary in Philadelphia, I was quick to add it to the list but not sure how it would fit in my schedule of seeing various buildings before I departed. […]

One of the pleasures of photography this past year has been in taking photographs of animals and then trying to get very specific on the species and breed of the animal in question. Birds have been a big part of that fun and there are no shortages on how many bird types I can photograph. […]