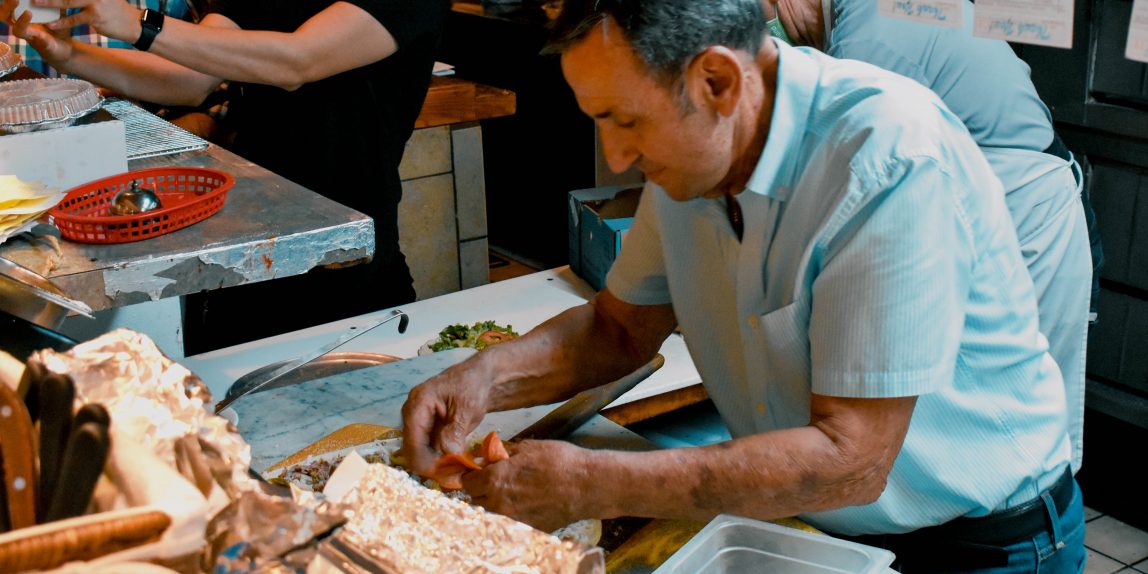 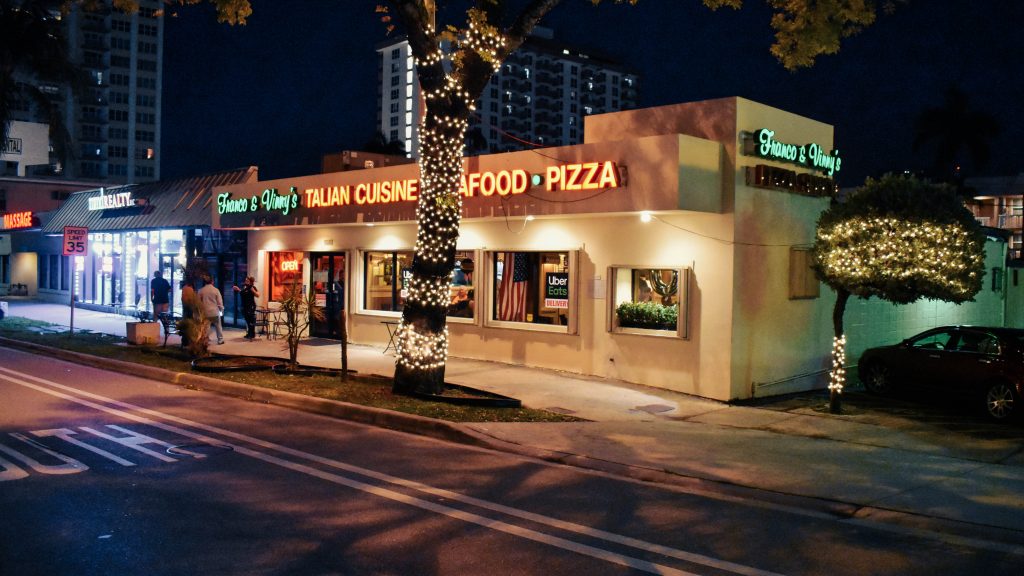 There are few establishments in the country that will ever see the longevity of Fort Lauderdale’s Franco & Vinnys Pizza Shack. Established in 1971 by Francesco “Franco” Esposito and Vincenco “Vinny” Esposito, the Italian restaurant was just over a block from the paradise of Fort Lauderdale beach. When you entered, the walls on the entry were filled with photographs and memories with a bar and kitchen to the right, fish tank to the right before you enter the dining area. It was an evening place, only open from 4-11pm. 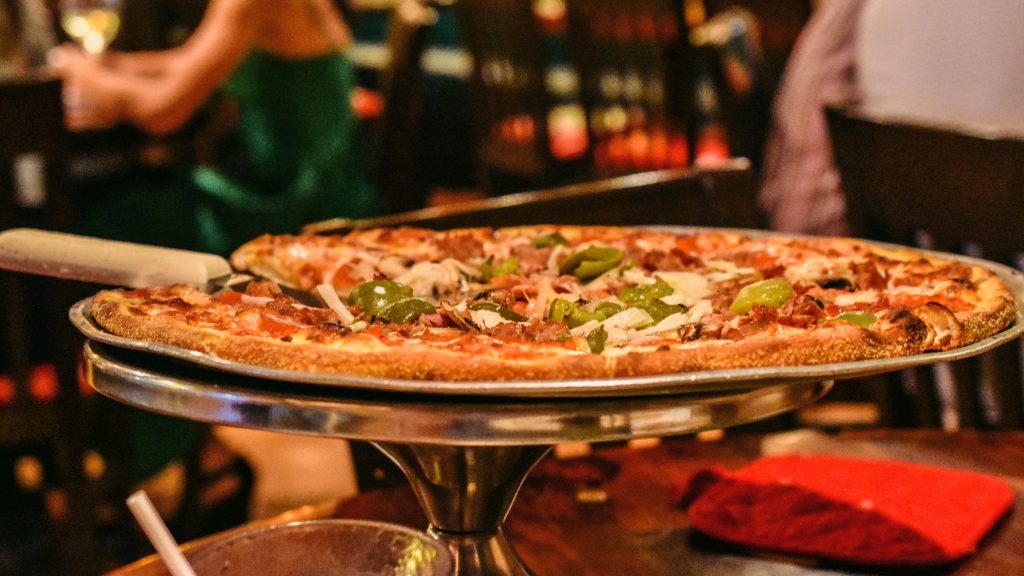 Over the years, the brothers purchased more property around the original shop including the building that would be the Mexican Cantina for many years until it shut down during the coronavirus pandemic of 2020.  In September 2014, Franco died of a heart attack. Years later, his brother decided it was time to go out in style. 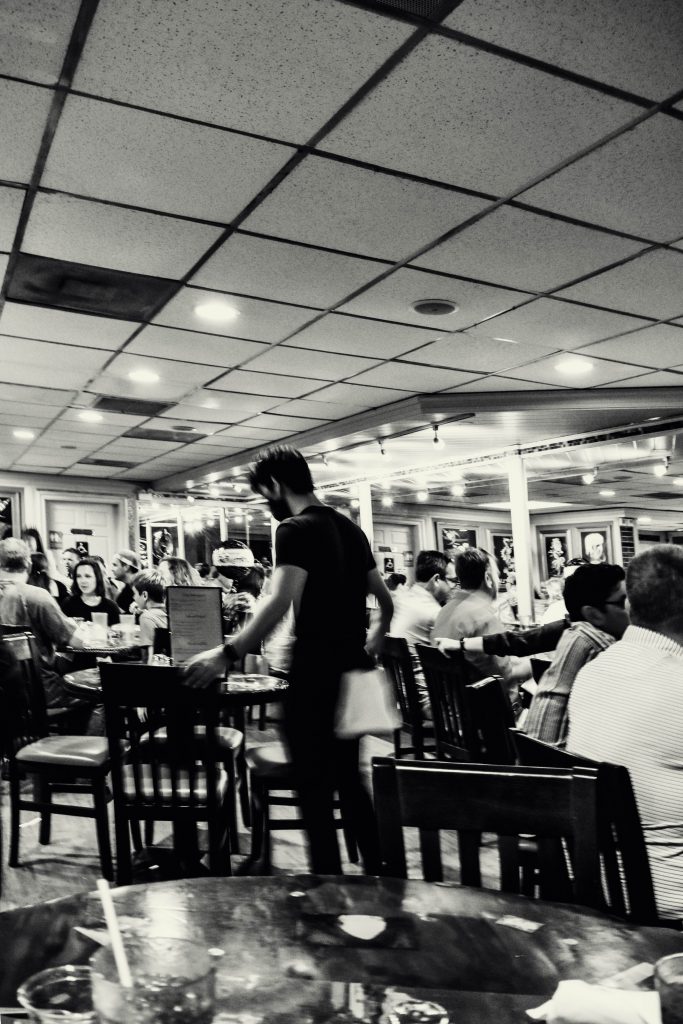 Before its time to close, there are guests to feed. Many, like myself, have no long story about years gone by, the old days, or some sentimental moment to recall which made it easier to digest the depth of love and respect this unique place held for many locals and tourists alike. For my friends, there were memories of sitting with the father years ago and enjoying pizza. For another, memories of sitting with her daughter, and soon to have more memories with another daughter as both enjoyed the last night with some Prosecco to toast Vinny’s retirement.

While many guests were locals, I heard many say they made it a point to come eat at Franco & Vinnys when they were in town. One guest was from Colorado and said he never missed the opportunity to stop through and was sad to see it go, but gave Vinny a big smile and said ‘thank you for all the years’.

The atmosphere of the final weeks was somber yet thankful. Certainly with all the division in our society over politics, places like this rise above those petty partisan and tribal bickers to unite people in food and drink. I’ll mainly remember the root beer. In the final weeks, we went nearly every night to enjoy the different dishes once again or for the first time. Start, with a straightforward plate of spaghetti with meatballs, meat sauce and sausage. 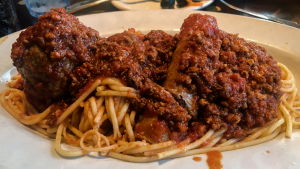 As easy as it was to simply keep ordering the fantastic Shack special pizza (the equivalent of a Supreme anywhere), the pasta dishes were fantastic. The Carbonara was a favorite with my friends. They also enjoyed the Manicotti. The Mozzarella sticks were delectable. And the deserts were never a disappointment, but without a doubt the Tiramisu was delicious every time. 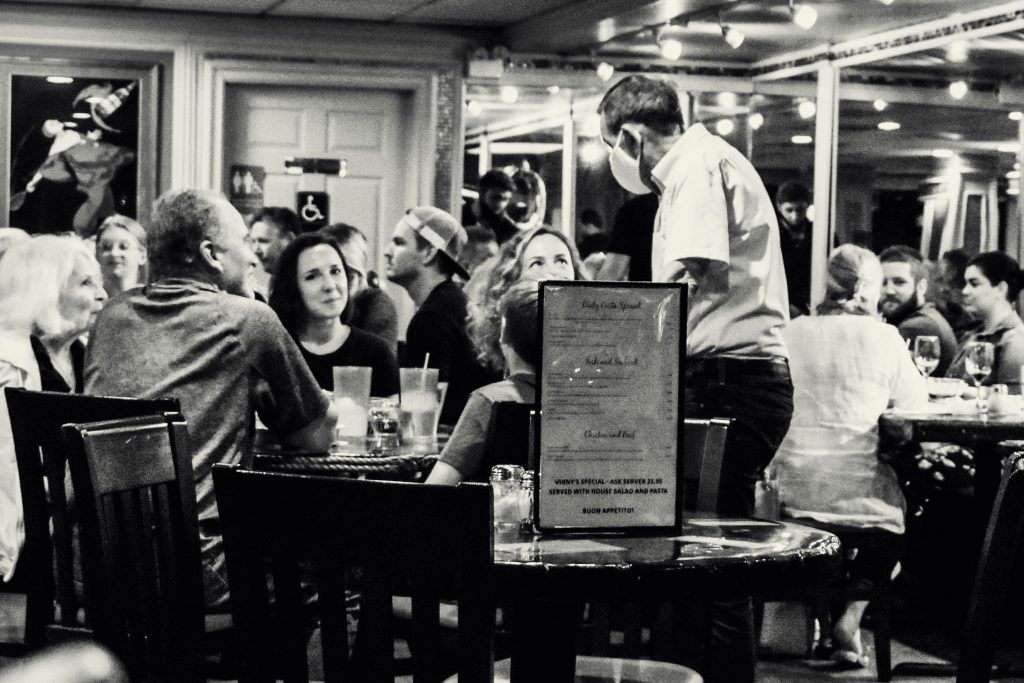 The time to close came on April 25, 2021 and the guests were treated to some of Vinny’s retirement party cake as friends and family gathered around including his wife, Caterina. 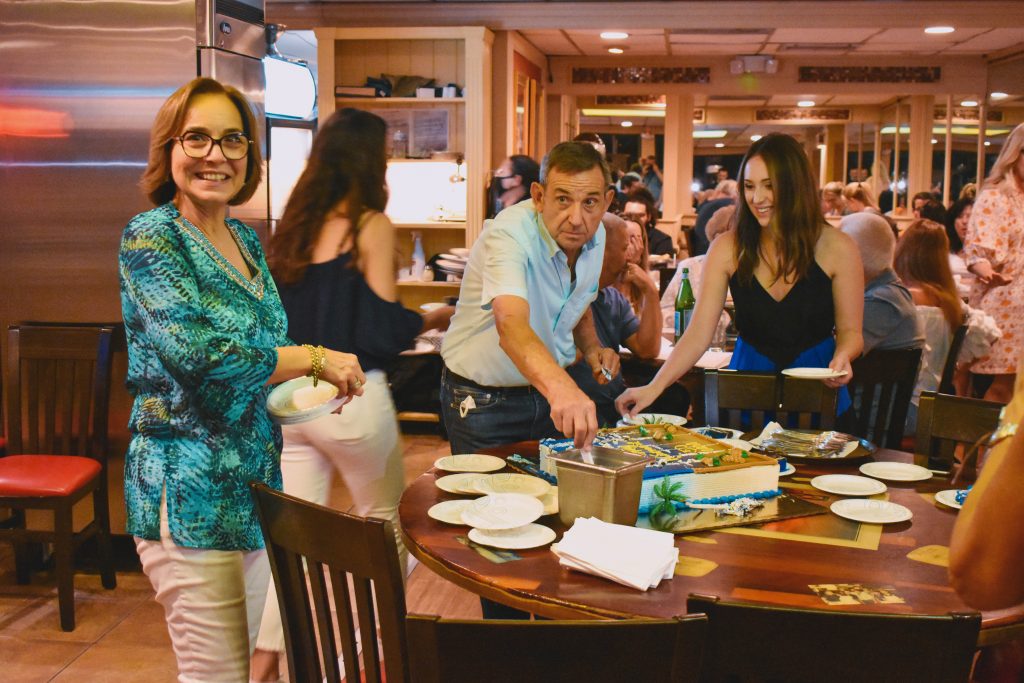 To the end, Vinny was still checking on his guests. He wanted to make sure everything was just right. I’m honored to say I’ll never forget when he came to our table weeks before close and served us slices fresh out of the oven. It had a quality of generosity not commonly found in restaurants anymore. Vinny was a straight-forward talker when he visited with you and seemed to know precisely when to get back to the grind of the kitchen for other guests. 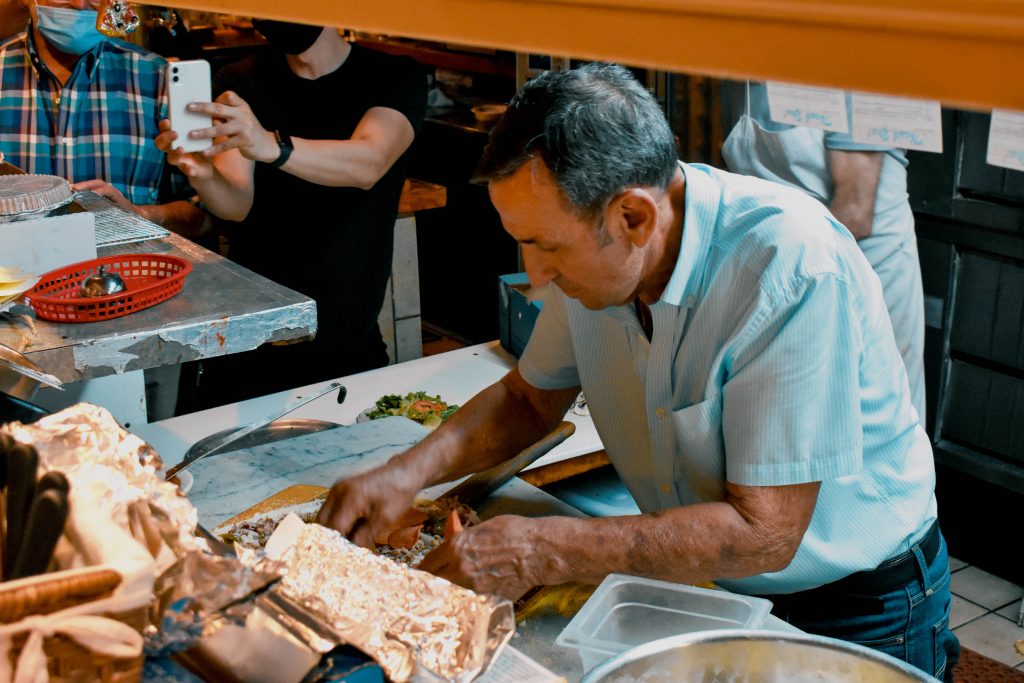 And as the clock neared 10pm on that final night we all gathered around to watch as Vinny prepared the last pizza his place would serve and showed us all what hard and steady work brings together, a strong sense of family, community and respect. Good job, Mr. Esposito. You made a great legacy for yourself and went out in style. 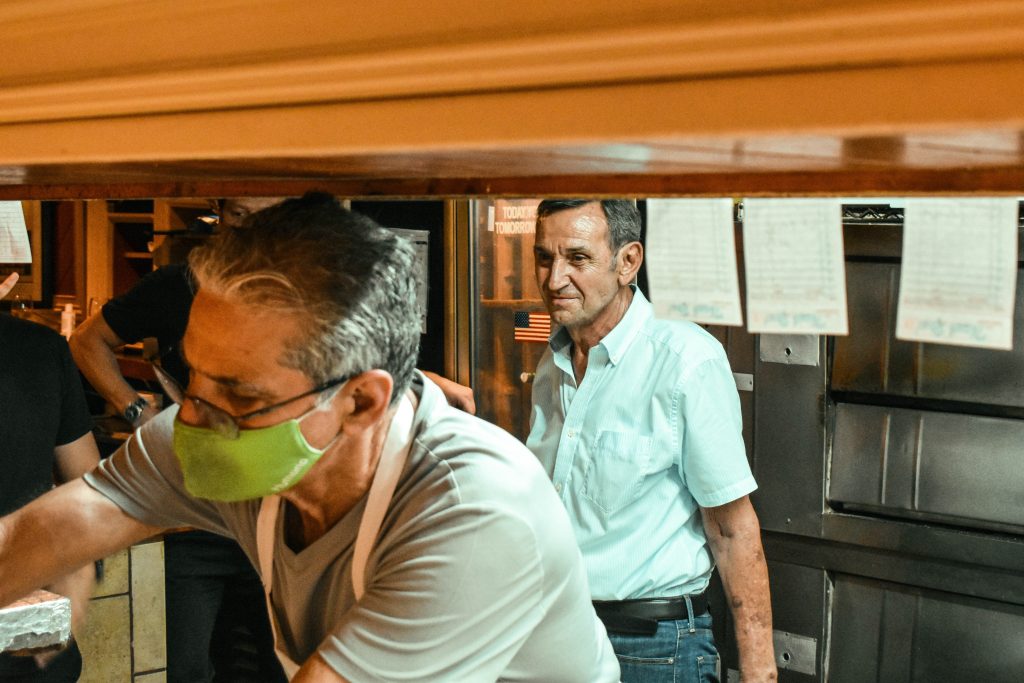